Russia Returned Captured Ukrainian Ships With The Toilets Torn Out

UNDER THE OFF TOPIC

And, here the Russians are claiming they won't take any crap from the Ukrainians?

Kat von Himmel said:
And, here the Russians are claiming they won't take any crap from the Ukrainians?
Click to expand...
That is funny!

I guess they are sick of crapping in the woods?

They took their "thrones" away

"The Truth is Told at the Track"!

Top Cat said:
BTW, Linda's right there, looking for me to make a mistake, LOL she can drive....and push, I love her!!!!
Click to expand...
K

Headlines
Game of Thrones, Russian Edition.
The Ukrainians have been dethroned.
Removed from the seat of power.
Ukrainian navy unseated.
Russians obviously do not give a crap.
Russians win all seats in Ukrainian election.
Crimea river
The commodore without a commode
Disproving that the Ukrainians don't do squat
Gender-nonexistent washrooms installed in all Ukrainian vessels
Non-Earth-Species-Specific restrooms in forward-thinking Ukrainian naval vessels
Nice ships but the view is crappy, say Ukrainian naval gazers
Besting, by far, British finishing school and university boys, Russians sieze anything that could possibly be a quirky mascot of the Ukrainian naval fleet
Russians return Ukrainian ships, but were obviously intrigued by the unique chairs that seemed curiously overbuilt. Could they be interdimensional travel portals?
Inter-ship communication wireless telephone stations examined by Russian navy; Ukrainians confused, stating "How then, shall we talk to 'Ralph?'"
Russians, wearying of American political media, make it physically impossible to file Any "Ralph Reports."
In a move reminiscent of Soviet-Era central Stalinist planning, Russian naval officer commands toilets removed to combat seasickness by removing "incentive to vomit."
70 percent reduction in "selfies" taken by women in the Russian navy during tour. Instagram baffled.
Last edited: Dec 3, 2019

I bet The Dems will say Trump conspired with Putin to deny them Ukes the right to a nice crap. Impeach!!!!
OP

Here is what I think of Baldwin. Yes that is really my foot on Hollywood Walk of fame. 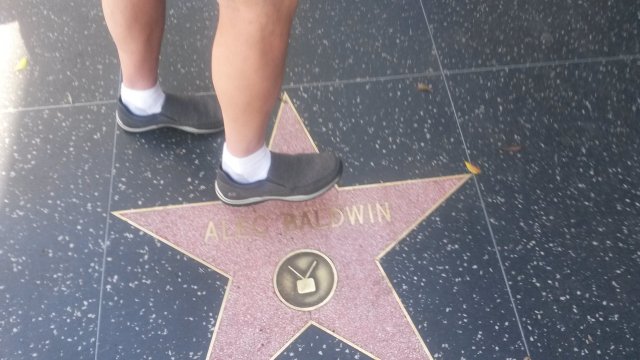 Jungle Cat said:
Here is what I think of Baldwin. Yes that is really my foot on Hollywood Walk of fame. View attachment 7910
Click to expand...
Can't say I'm much of a Baldwin fan myself. What will he do when TRUMP is no longer POTUS?

Jungle Cat said:
Here is what I think of Baldwin. Yes that is really my foot on Hollywood Walk of fame. View attachment 7910
Click to expand...
AFAIK, you’re allowed to poop on the sidewalk there. Should have taken advantage.
I wash born here, an I wash raished here, and dad gum it, I am gonna die here, an no sidewindin' bushwackin', hornswagglin' cracker croaker is gonna rouin me bishen cutter. - Gabby Johnson

jroyk said:
AFAIK, you’re allowed to poop on the sidewalk there. Should have taken advantage.
Click to expand...
My wife wouldn’t take a picture of it so you will have to take my word for it. 👍🏼

I thought Russia doesn't take no shit from anyone?